This session was organized by the Bangladesh Centre for Advanced Studies (BCAS) under the title: People’s Voice on Climate Change and Expectations from Paris Climate Negotiations: Bangladesh Case Study. It was chaired by Dr Atiq Rahman of BCAS. It took place on Saturday, 5 December 2015 at Le Bourget.

The Study and its findings:

The session was a presentation of findings of a study carried out over six months in mid 2015 in six divisions in Bangladesh. It represents the perceptions of what the ordinary citizen of Bangladesh expects from The 2015 Climate Change United Nations Paris Conference of Parties (COP21) discussions, by capturing the messages in terms of perceptions, opinions and perspectives from the local communities. It is therefore a synopsis of messages from various stakeholders including farmers, NGOs, local governments, fishermen, private sector, and media. Farmers formed the largest part of participants, followed by NGOs, government organizations and private sectors. The main presentation was done by Mr. Golam Rabbani.

What the study found is that the climate change hazards are already affecting the people in Bangladesh very directly. The manifestation of climate change here varies from ecosystem to ecosystem. For example at the coastal zone, one finds all types of hazards. In dry areas, one finds that drought is the key hazard. In rainy areas, one finds that cyclones and storm surges, resulting in floods and water logging are key manifestations of the hazards that ultimately have a negative effect on crop production across Bangladesh.

Forced migration is a key result of all these hazards. Ten sectors that have been most affected by climate change in Bangladesh were identified as agriculture, fisheries, water, health, livelihood, education, communication, food security/nutrition, livestock and housing.

The study also revealed that the most vulnerable in terms of gender, economic class, occupation and age were women, the lower economic class, farmers and children as well as the elderly respectively. What this situation of vulnerability translates to is for women: prolonged working hours especially as the men migrate to other urban areas in search of incomes, insecurity, maternal health crisis, stress in water and flood management; for the lower economic class: low resilience, lack of capacity to cope economically, low literacy and poor networking; for farmers: reduced crop production, destroyed livelihoods and reduced incomes; for the children and the elderly the ripple effect of insufficient livelihood opportunities and limited resources. Children from poor communities suffer from water-borne diseases and malnutrition. This increases child mortality and disability. The aged are negatively affected because it is often the younger, able-bodied men who migrate in search of greener pastures, leaving the families behind to be taken care of by already over-burdened women. Just as is the case with children, the health of the elderly is also put at risk due to lack of sanitation, trauma and diseases arising from climatic disasters and the lack of alternative livelihood options leading to reduced economic capabilities.

One of the panelists indicated that Climate Change-induced migration is sometimes mentioned as a manifestation of adaptation to climate change. If this is how it is perceived, there is need to rethink this narrative, as it would then be a very gender-insensitive way of looking at the situation. This is because it is men who migrate in search of employment. Women are left behind and this adds to their exposure. Besides, we end up with a situation where there are much more men in the cities than women.

Although at policy level Climate Change initiatives in Bangladesh recognise the question of women, this issue is still weak at implementation level.

The local community’s expectation from COP21 include:

Industrially-advanced countries supporting developing countries like Bangladesh in capacity building through knowledge and skills transfer in the use of technologies for recycling plants and solid waste management.

PERSPECTIVES ON CLIMATE CHANGE EFFECTS AND NEGOTIATIONS FROM BANGLADESH AND PAKISTAN

Mr. Christophe Buffet, a French Researcher on Climate Change in Bangladesh and part of the discussion panel during this presentation indicated that as a Researcher he found that climate change effects in Bangladesh were tangible. They were already there and visible. He however mentioned that although it is often said that “we are all in this boat together”, the boat seems to have “first class and third class passengers.” Nevertheless, despite the ravaging impact of climate change on the lives of the people of Bangladesh, the locals told him not to pity them. He noticed that they have a strong attachment to their land. They also want to cope.

In relation to Climate Change, Bangladesh is considered the most vulnerable country in the world. It is also taken as a point of adaptation by some organisations. As an example, Bangladesh has been the first country in the world to implement a community-based adaptation initiative, led by an NGO. It can be said that although Bangladesh is globally the most vulnerable to climate change effects, it is also the most resilient. What has so far been developed there to curb the effects of climate change can also be considered as the most advanced in the world.

There however still remains a lot to be done. Organisations such as Overseas Development Institute (ODI) could consider looking at how else they can engage as actors in climate change initiatives in Bangladesh.

Another Panelist, Mr. Ali Sheikh from Pakistan brought in his country’s perspective into the discussion. He indicated that in Pakistan, they have a seasonal cyclone. In other words, they are bound by destiny to a weather pattern that they have to put up with. They have a “super flood” that affects 1/4th of a population of the country’s 200 million people.

For Pakistan, the question to consider in regards to climate change vulnerable communities is not what should be done, but a commitment to honour and do what was promised in the International Environmental Treaty that was negotiated at the Earth Summit in Rio de Janeiro in 1992. At the heart of this treaty is climate justice. The point to take into account here is the need to give countries like Pakistan their fair due of what is owed since 1992. Not doing so translates to a collapse of governance and ethical commitment. In terms of temperature, a degree has already increased in our lifetime. It is important not to let a second one also increase. If there is political will, it is possible.

The commitments from the Rio de Janeiro Summit implied that:

He also pointed out that for the first time, Climate Change is being discussed at an international conference of the status of COP21. There however seems to be little mention of development in this forum, despite the inter-relation between the two. The point should therefore be to also consider how these two tied into each other and how best to link them to investment.

CLIMATE CHANGE AS AN INDIVIDUAL AND COLLECTIVE RESPONSIBILITY

Another panelist added that:

We all want a good planet for our grandchildren, but we don’t want to do what it takes for that to happen. As individuals, we all know what should be done. However, once we bring in governments into these discussions, the political will at times fades with sincerity taking a back seat.

Although the Kyoto Protocol was generally considered a failure, there were those in this discussion panel who insisted that there were positive aspects of that Protocol that should have been considered so as not to “throw away the baby with the bucket”. This advice however did not seem to have been heeded.

The encouraging dimension with COP21 though is that all Heads of States came and gave their blessings to the conference, different from other conferences where only a few Heads of States would attend. However, the planet does not belong to governments. It belongs to us – as individuals and collectively. Even just a small group can come to the table and highlight what is happening, so as to ignite change.

In addressing climate change, we have to be responsible citizens for this planet. We also have to acknowledge that there are vested interested and invested interests. In a country like Bangladesh, communities are by and large fighting climate change hazards and adapting with their own resources. Among other things, homes are already inundated. In other words, they are already dealing with the hazards associated with Climate Change. The world sees this, but others choose to behave as if they don’t notice.

THE TASTE OF CLIMATE CHANGE IN BANGLADESH

The 1° rise in temperature is what will cause the difference between a safe environment on one hand and drought, famine, floods, destabilized livelihood ans displaced communities on the other hands. 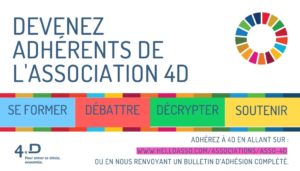